Experience movies in the home theater in a whole new way!

The customer had long wanted to have his own home theater. In the previous house, however, this was only possible with an integration in the living room. Since a new building was on the horizon anyway, the project was postponed for two years. In the new building, a separate room for a cinema was already planned in advance.

Early on, we were involved in the planning. The intended room was not, as so often, a windowless basement room, but a room on the second floor, with a large window front.windows are of course in a separate cinema room for us first of all because of light and sound-harsh glass surface, not conducive. But when we stood in the room during the shell construction phase and saw the view of nature, we were thrilled and it was quite clear how we should align the cinema. 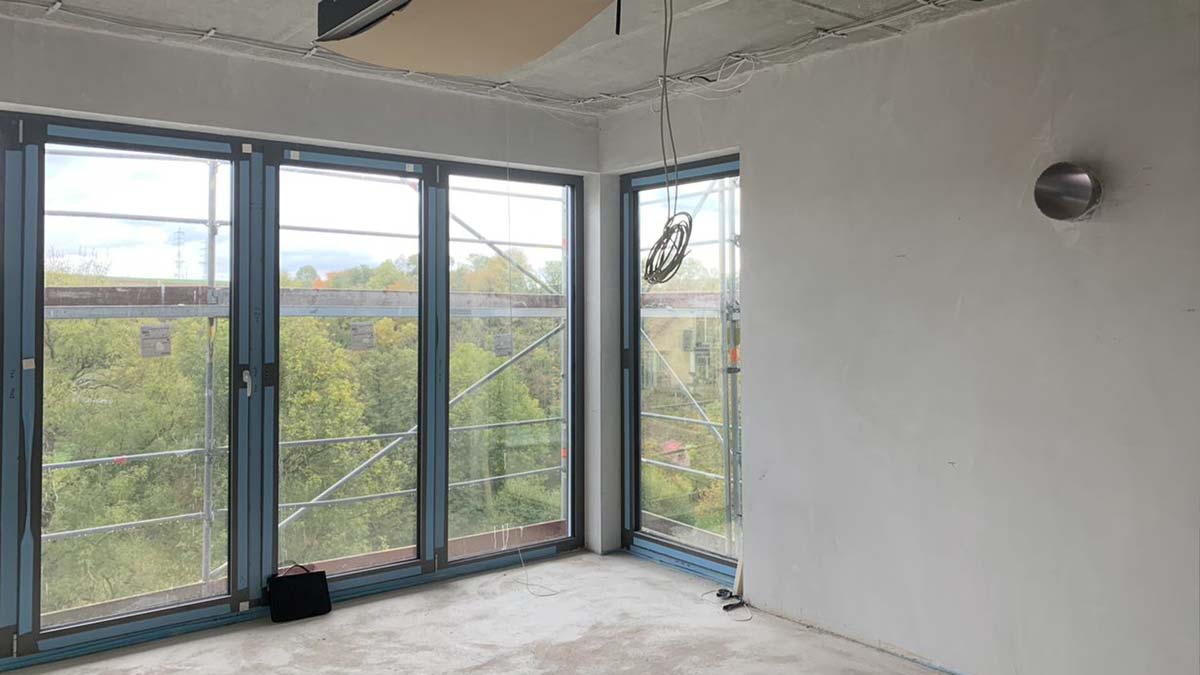 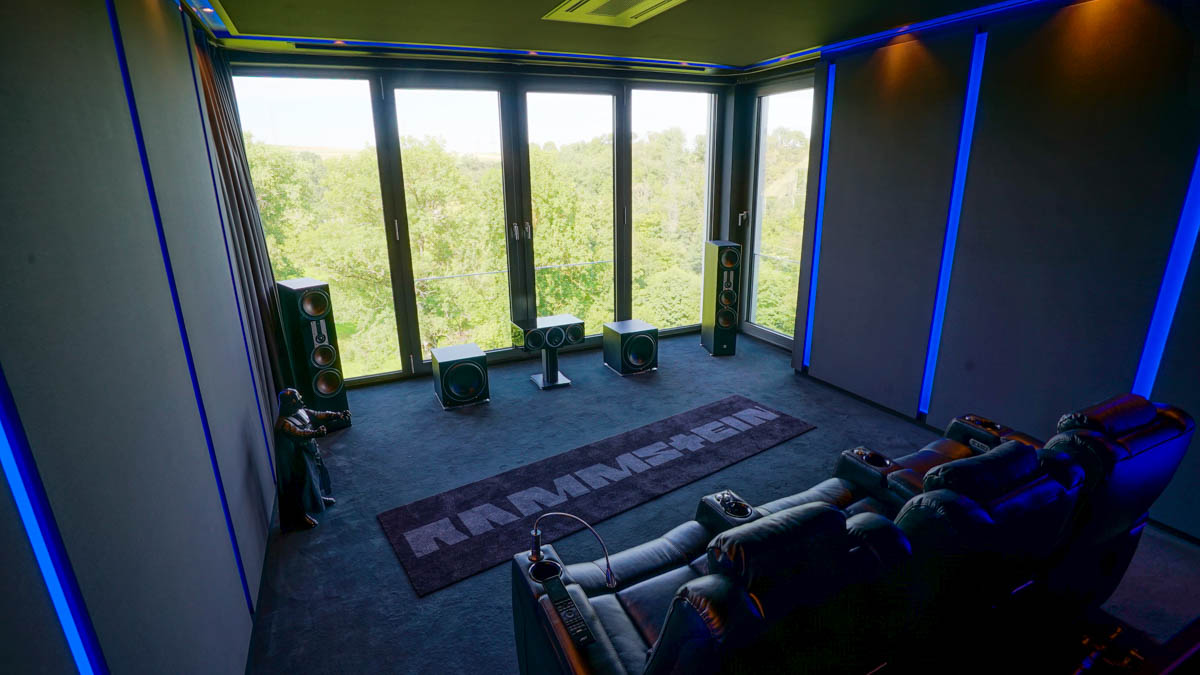 We created a 3D visualization of the room and developed a spatial concept.

In the process, we decided to align the line of sight  to the window and to place the speakers in front of the window.

The client also wanted to use the room to listen to music and then enjoy the view of nature.

We had to consider the following specifications of the customer during the planning:

A complete wall and ceiling facing was made. All speakers on the side walls and ceiling were hidden behind the fabric facings. A ceiling frieze provides indirect colored lighting. At the same time, LED spots were used here to illuminate the walls. On the side walls there are additional colored backlights.

In the front area, we have then the motorized screen, as well as a curtain pull system, recessed into the ceiling frieze. The curtain is split in two and disappears behind a panel on the right side, leaving the side window clear as well. Of course, we cannot install invisible speakers in a window front. In addition, the customer, who is an avid concertgoer, opted for powerful floor-standing speakers from the Dali Opticon MK2 series. In addition, however, a better center from the Rubicon series.

2 subwoofers Dali K14 are also placed at the front. The wiring for this was already provided during planning through the screed.But we have 2 additional subwoofers positioned in the rear wall paneling. These in special construction to save space. They serve as active cancellation of a room mode and thus provide a precise, powerful bass at the main seat position. 4 Atmos speakers as well as 4 surround speakers are located behind the wall and ceiling paneling. These are also from Dali’s Option MK2 LCR series. After reviewing and positioning the main seat, we planned a pedestal for the 2nd row of seats. Here, all the technology was also positioned in a bag.

The customer also had the desire for the largest possible 4K cinema image. We installed a Sony VPL-VW760 laser projector in conjunction with a VNX Black Horizon recessed ceiling screen in 3.35m width. The contrast screen is, because it is formatless, perfect for 21:9 operation, because the black bars at the top and bottom are not visible. We demonstrate this in our exhibition. Image size were with exact distance to the headquarters previously demonstrated at our exhibition and approved by the customer enthusiastically. The entire cinema system is controlled by means of a system controller from RTI.

We have also made the connection to the KNX house control, because light, shutter, curtain and screen are supplied via the KNX house bus system. This way, the customer can easily start the cinema with the push of a button on his RTI system remote control. The screen is motorized out of the ceiling when the cinema is in operation. The curtain then automatically moves in front of the window front and the external blinds completely obscure the room. Projector, amplifier and the selected player, start and the cinema fun can begin.

The cinema is used very intensively by the customer and we like to inform our customers about useful innovations, so that after 2 years, we upgrade the installed pre-power amplifier combination from Yamaha, against a Trinnov system. 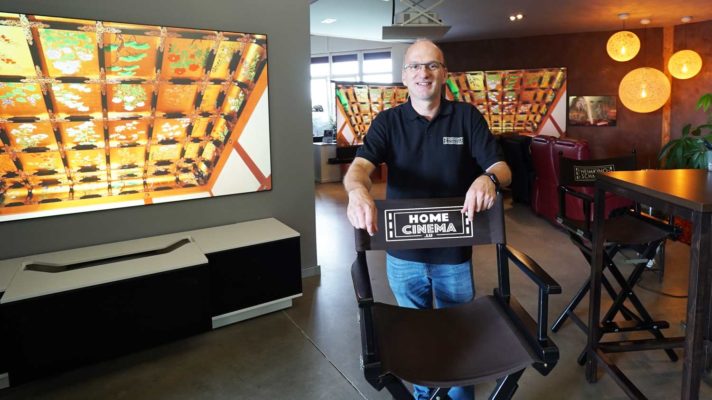